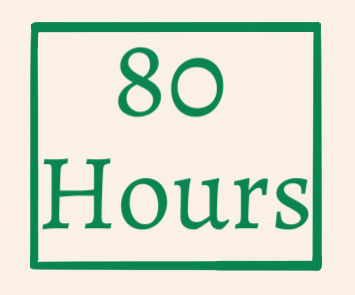 Ready to Change the World by Working for 80-hours? Here’s our Talking Turkey

Elon Musk is undoubtedly thinking ahead of time and has donned a new avatar of being a savior of the future generations by “changing the world.” Or that’s what has been comprehended by our tiny brains, which are exhausted after a tiring 40/50-hour week!

Musk’s reply to one of the user’s queries, during his latest interaction with users during the Axios interview is the moot point now across the corporate sector which is notorious for its enervating and tightly packed schedules that is bombarded with meetings, deadlines, targets, performance reviews, coding, debugging, testing, clients, customers, managers, and yes, bosses!

Hey, we are not sidelining the term “work-life balance” that is often heard during induction programs and self-development training sessions, though sadly achieving it is a Herculean task for at least more than 50% of the corporate creatures!

Musk revealed a new mantra for “changing the world” – working for 80-100 hours per week! Or at least that is the mantra he followed during his recent production of the Model 3 sedan. Owing to this secret, thankfully he didn’t “die”! Another reason for him to survive and emerge successfully even after working for 80-hours frantically was him sleeping himself at his factory.

Now the entire world would appreciate this amazingly knocking idea of sleeping at the workplace, as that would damn sure save another 20-30 hours per week, that one would spend in traffic between office and home! Let us convey to Musk, who will be boundlessly full of joy to know that these 20-30 hours is also not a small number, and we all would end up “changing the world” pretty faster compared to that he ever even thought of!

Come on! We are not spilling guts on Musk’s statements that would remain forever in the history of quotes made by corporate giants. How can we not forget that so useful warning he made — “Pain level increases exponentially above 80”!

Here is our calculator to calculate your salary and make some decisions:

The Path That Never Works

Undoubtingly, Musk is determined to “change the world” — regarding making innovations and paving a seed for a better future for the upcoming generations.

Sadly, that path that he is advocating to achieve this will blow adverse winds.

The whole world knows that Musk is damn lucky enough to spend his entire focus on changing the world by doubling the number of work hours per week.

However, that is not the case with billions of families that are purely depended on salaries.

Researchers and psychologists across the globe warn that working beyond the potential of the body and brain will ultimately lead to reduced life spans at a rapid rate, with a bonus of increased workplace hazards. This is a straight warning that it is equally (or probably more) important to achieve a healthy work-life balance to enjoy the life to the fullest.

Doubling the work hours may lead to doubling the profits of the company and to its boss, but never does the best to the employees, though temporarily they may witness an increased wage! A company can replace an employee with another in no time, sadly that is never possible if a family loses a father, mother or someone near and dear!

“Changing the World” has always been the common denominator of highly bossy bosses those who merely believed in making profits by exploiting their workers and nothing else. This is a little trap that boosts an employee’s spirit temporarily, just like a drug!

The True Purpose of Life

Let us understand that the purpose of life is much more — sometimes that which money can never even buy or compensate. If one falls into this trap of “changing the world,” they are confused about living a life with making a career!

If this sweet drug has already caught your nerves and you are ready to reap its short kick, halt! Before making a plunge into an 80-hour work week next time, spare 5 minutes and give a thought that if you don’t take care of yourself, your family, your hobbies, your health, your soul — your performance suffers. Your decisions hurt. Your family suffers. But, your company won’t. Your company’s failure is never your failure. It can always move on, but you can’t do that easily when something tremendous loss happens to you and your relations.

After all, when you are gone, they write on your tomb “We miss you, Dad!”, But your company will never write “He never missed a meeting”! Which one do you want?