Electricity and its types

Electricity is the flow of charge of electrons. When electrical conductors in a closed path are subjected to changing magnetic fields, it causes the change of flux associated with them and then it produces a current called alternating current. As the name says, this type of current is alternating.

In practice, we obtain alternating current from generators and alternators that exist in electrical generating stations. The source of alternating power is represented by a sinusoidal waveform enclosed in a circle, as shown in the figure below. Every alternating current has a frequency ‘f’ at which it keeps repeating itself in magnitude. 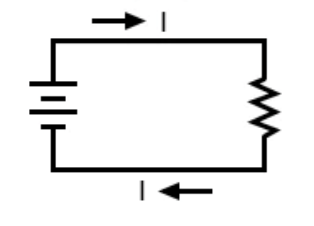 When we ‘rectify’ this current, we obtain something called Direct current – a current that flows only in one direction.

Direct current, in practice, is obtained from batteries and other such electrical storage devices. 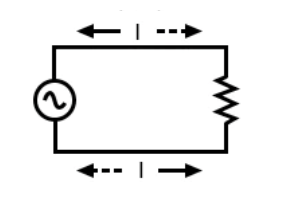 It is the property of the materials to resist the flow of current through them. Based on this fact, there are three major types of electrical elements: resistances, inductances, and capacitances.

Assuming that the frequency of the alternating current is ‘f’, the inductance of an inductor L is

XL = 2πfL
where XL is called the inductive reactance.

The capacitance of a capacitor C is

Here exists another term called Impedance, denoted by Z, which is the vector sum of the resistance and the total reactance of the circuit.

Points to note about Reactance

Applications of AC and DC

Inductors find a great deal of application in the following ways:

Capacitors play a major role in our day to day life. Some of the applications of capacitors are:

Resistors are mainly used where instant work has to be done. For example, in mobile charging, fan speed controlling, etc. Learn more about applications of resistors at our online free ohm’s law calculator.

CalculatorHut is the ultimate destination for online free calculators. It contains a huge range of scientific, health and other calculators that are designed to make calculations easy for you.

It’s pretty easy, isn’t it? So are CalculatorHut’s other online free calculators too. Check out our wide range of calculators in physics, chemistry, finance, health, vehicle, and others.

If you loved them and want them as widgets on your blog or website, drop a word to us at calculatorhut@gmail.com. We will provide you the widget absolutely free!

Do you know you can carry this huge range of online free calculators in your pocket? Yes. CalculatorHut also has its app for free! All that you need to make your scientific calculations simple is just download the CalculatorHut’s app in your mobile and boom! You are ready to enjoy hassle-free calculations of all sort!

With CalculatorHut, scientific calculations are simple and easy! Happy calculating!